The FCC recently conducted a survey called “Broadband Adoption and Use in America” that found getting local or community news was the second most common type of activity online, just behind buying a product. Using a social networking site was fourth. (See chart below.) 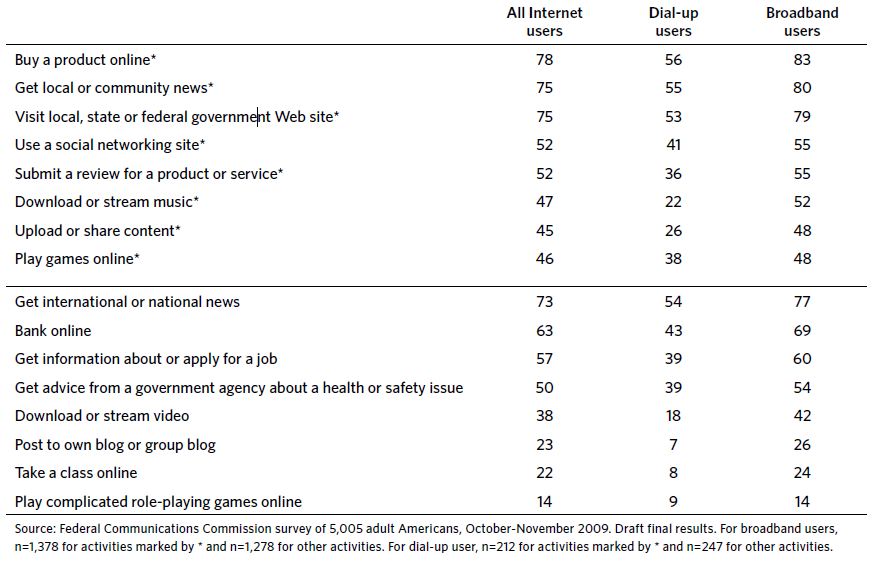 Of course, I’m happy to see that “local or community” news is listed second but it’s hard to believe that using a social networking site is fourth given that Facebook now has over 350 million users and is listed as the second or third most visited site on the Internet. This seems to highlight the problem with human reported surveys versus computer counted statistics.

As a measure of online activity for local and community news though, this survey may be the best data we have given the fragmentation of local publishers, which makes it difficult to measure this type of activity on a national level.